Chox-Mak hopping on that “Flavor in Ya Ear” made famous by Biggie Smalls. DJ YRS Jerzy and Chox-Mak are in the kitchen cooking up an all 90’s freestyle mixtape for the internet to eat up coming soon.

See what I see, this is a link to my photos from my first trip to New York last October for the CMJ festival.

Chuck muh’ fucking Inglish goes hard! You gotta love those beats he puts together. This tape goes just right along with the summer especially if you have your speakers on point!

So I’m looking through my submission and Mark Morrison has this track with Slaughterhouse rapper Crooked called “I Am What I Am”. I’m like damn this is the remix! WHAT THE ORIGINAL SOUND LIKE!!
Mark isn’t new to the scene but this is his first single in 7 years, since “Innocent Man” w/ DMX in 2006, which was sampled by Swizz Beatz and Cassidy the following year. Last year Morrison appeared on Trae Tha Truth’s “I’m On 2.0” alongside Big K.R.I.T., Jadakiss, J.Cole, Kendrick Lamar, B.o.B., Tyga, Gudda Gudda, Bun B, the video landed MTV’s Jam of the Week.

Crooked I is 1/4 of Hip Hop super-group Slaughterhouse, signed to Eminem’s Shady Records. The group, consisting of four of the most prolific lyricists in rap; Royce da 5’ 9,’ Joe Budden, Crooked I and Joell Ortiz, released their Shady Records debut “welcome to: Our House” in August, 2012. The album debuted on the Billboard 200 at No. 2 and No. 1 on the Billboard Top Rap Albums, selling 52,000 copies its first week. 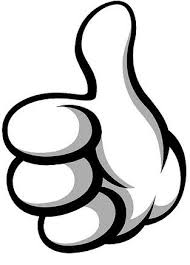 Got another one from @Chox_Mak910 & @IAMDJYRSJERZY over @LLCoolJ classic Doin’ it

Good Music lives on!! This is one of my favorite rappers from since I was a lil’ one and he’s still dropping that real music to play in your ride or throughout your habit. More from Mos Def aka Yasiin Bey produced by @KanyeWest

Make sure your speakers are on point!